Electric Guitar Reviews: In depth reviews of the worlds greatest and rare guitars : Find out what these guitars are really like

Check out these cool guitars in close-up review format on tonymckenzie.com

Over many years I have collected all brands of guitars from all sorts of places. Some of these guitars like my Ibanez RG550LTD most guys might think is just another cheap guitar while my PRS Dragon III is worth far more and is substantially 'better' than the Ibanez. But the truth is, that while both guitars could be played, in fact I have never played the Dragon III because it was that way from new and really more of a collectors guitar than what I would describe as a go to everyday guitar that the Ibanez really is.

But what are many of these premium or rare electric guitars like (is the brand even trusted?) when in front of you so you can check them out close up, see all the features like which pickups, what woods the guitar is made of, tremolo units, tuners, headstock designs etc.; some of these guitars are very rare and its likely that you might not see them anywhere else in the way they are shown here. So check out these guitars from the top menu or simply click on an image below to go to the page for a close up like you have never seen before. Click any image to view the guitar review. You would not want to buy a dud! Right?

The Fender Elite Stratocaster is one of the newest in the long line of guitars from Fender and it promised to seriously be at the top of the 'regular' but quality Strats to be released. With new sounding pickups and other great attributes can this guitar really live up to being an 'Elite' Stratocaster guitar. Click the image to find out more. 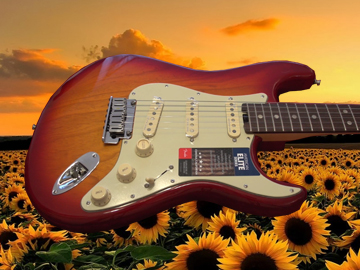 This PRS private stock electric guitar was originally on the market (when new) for ridiculous money at Guitar Centre; does it command that silly money? and do ANY of these private stock guitars from Paul Reed Smith actually sell for what that company thinks they are worth? Find out from my review. Just click the picture to read more. 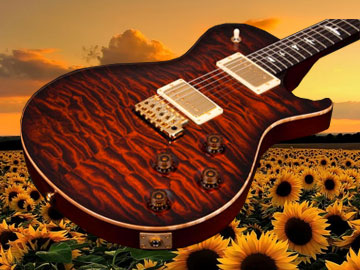 The PRS Dragon III was issued in 1994 with just 100 pieces being made for sale. While they are mainly all still around, this one is different. Every dragon III I have ever seen has been played; but this one has never been played since the day it was made! it even still has the original strings on it! Just click the picture to read more. 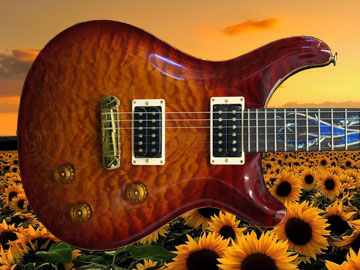 Ah the good old PRS Dragon 2002 electric guitar. I remember well when these came out. $30,000 (or £30,000 in the UK) and they did look cool if not overpriced somewhat. I bought this one from a guy who was starting a business and he needed to sell it for the funds. I think I paid a fair price and both he and I have played this guitar. The playing is in the review and you can find out more about this one which is No 6 out of 100. Santana had number 53. Click the picture to read more. 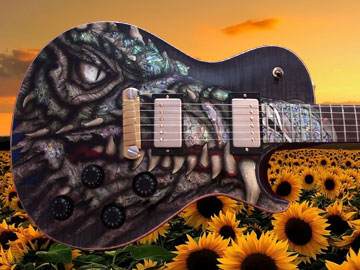 I bought this guitar as a special order back in 1991 when PRS made guitars before some of that machinery they later installed. Its a great guitar but the body is not as nice a top as some I've seen. And that's a pity as this was supposedly a '10' top meaning it should have been the best wood top... clearly it was not but it was marked as it was. There are many features about this guitar you might like to see so click the image to read more. 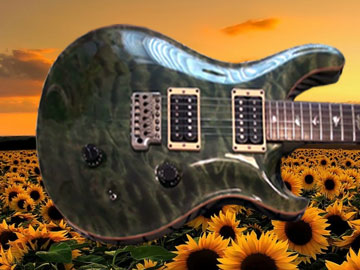 I bought this 2005 Custom 24 Artist model in 2008 from a guy who claimed to have used it for a while... rather a strange guy and a rather funny story to tell on this one. These are expensive now especially with that 'Artist' shenanigans going on at PRS so click the image and find out more about this one. 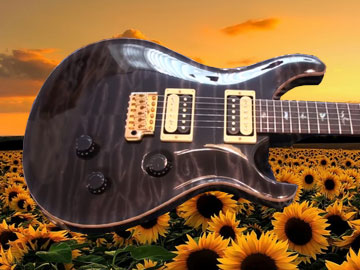 This is a Gibson Custom Shop 'Spotlight' Les Paul that was a reissue around 2008 (if I remember) and was a nod to the old 'spotlight specials' that Gibson made in the early 80's. Check it out its one cool guitar. Rumored to have less than 100 made. Click the image to read more. 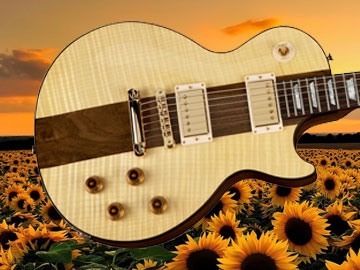 I bought this guitar a few years ago, eventually selling it because there were a few things I could not get on with on it, by design they are quirky. Find out exactly how quirky in my review. Click the image to read on. 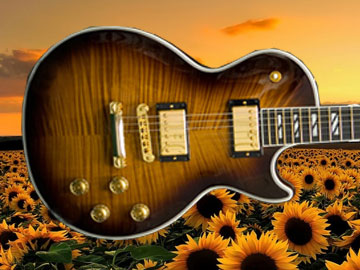 This is a review by Steve Williams who wanted to write about the Paul Landers Les Paul. He completed a nice review so I posted it up here so you can see how others review too. And if you want to review something guitar related that you have then this review is a cool way to get the idea of how to do it. Click the image to read more. 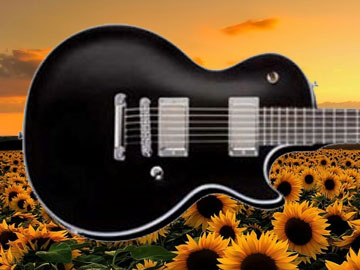 My 1995 Gibson Jimmy Page model is one of the first series of this guitar. It has loads of features and probably the best neck of any Les Paul guitar I have ever played; they said it was an exact profile of Jimmy's neck on his favorite guitar. Check this out as they are climbing in value by the day. One great guitar; click the image to read on. 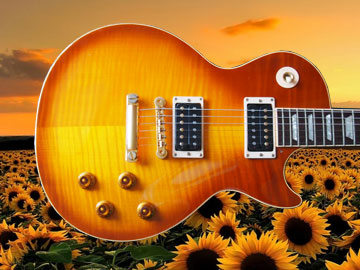 Another Gibson from back in the day (in fact 1995). This 'Les Paul Tie Dye' idea came from an employee who mastered how to cover the guitar in a type of cloth! it feels like lacquer as they covered over the 'cloth' with regular finish. Only 103 exist and from what I have seen they are all different. This is the only paisley white Tie Dye I have seen. It's got some nice features and you won't see these every day. Click the image to read on. 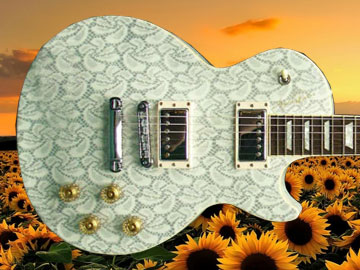 This is a 1998 model that I bought in 2000 (it says on my invoice) for about £1200 here in the UK. So basically these have increased to over £2100 new and that means it was not a bad price when I bought it. In any case, this is the real deal Ibanez 7VWH JEM guitar very like Steve Vai's (NOT!) and you might want to see this guitar compared to Steve's original EVO guitar as I show. Click the image for more. 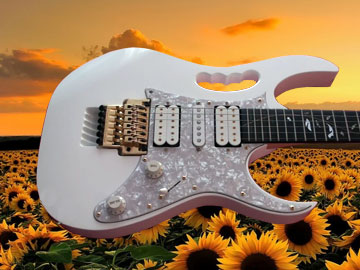 I bought this back in 1996 or 1997 if I remember correctly. From a guy in California USA for $500 with a case including shipping! It's an original Japanese model that I replaced the pickups and pots on and I use this guitar every single day!. Check out this close up of this guitar as its one awesome player. This is not some premium guitar but they are getting quite rare now. Click the image to read more. 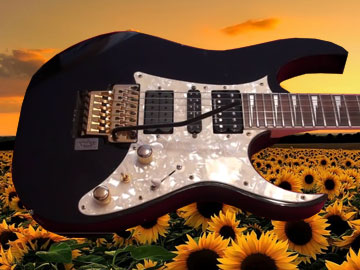 I always wanted to be Jimi Hendrix (Don't we all?). I bought this in 2008 Fender Stratocaster from some guys in London England for about £800 ($1200) new. The Stratocaster had been updated by Fender and they were raving about the pickups so I bought it. I later updated this with 'Fat boy' parts from his base in the Isle of Wight (where Hendrix played in 1970). It looks good, and it is good. Click the image to read more. 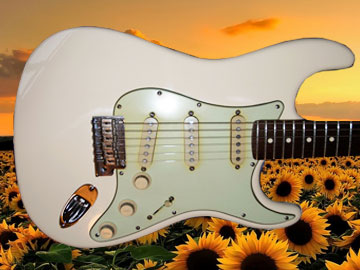 When I set out to make the best Stratocaster that I knew how to this 'Brownie' is the result. This guitar has had over 600,000 views on YouTube and just trust me, this is the guitar you would wish you had built. Check this out, click the image to read more. 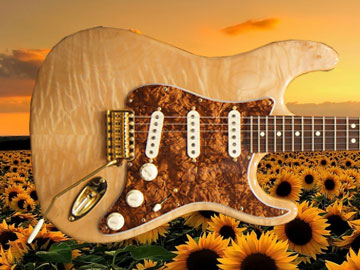 With 'Blue' I tried hard to make a better guitar than 'Brownie' above. I could say that it almost worked; this guitar is more 'smooth' to play and more laid back than 'Brownie' as you can see and hear when I show it in the review. Click the image to read more. 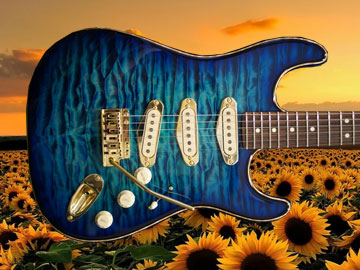 Although this title says 'version 1' in fact this was NOT the first stratocaster style guitar I built. That guitar can be seen on www.stratbuilder.com (a website I wrote about it at the time years ago). This is the guitar I have on loads of images of me playing. Alas, at one stage I was ill and decided to sell it. I wish I had kept it. This guitar had Abigail Ybarra pickups from the 69 series and it sounded exactly like the white Hendrix stratocaster. Check it out by clicking the image to read more. 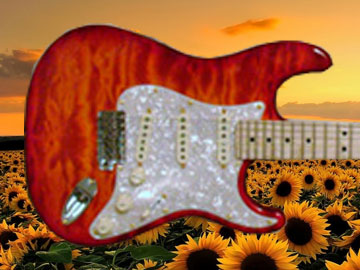 This electric guitar features really nice black korina wood body and you can see from this image it is striking. Made by me to be a real 'rock' stratocaster but with single coil sized pickups. This one uses Pro Track and Fast Track Pickups and custom wiring. Click the image to read more. 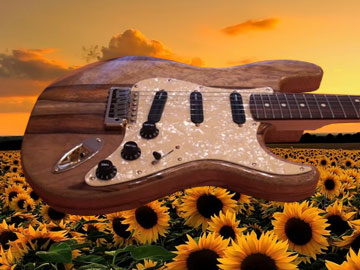 My very first telecaster I built myself using Warmoth body and neck. It originally had a tremolo fitted that I latter pulled off and fitted this fixed bridge. This is a very good guitar using 'Danny Gatton' Pickups, but I later sold this to Glenn Proudfoot who you can see playing this guitar. He's far better than me at playing and probably far better than you too, but it's an honor that Glenn uses this guitar that I built. Check this one out by clicking the image to read more. 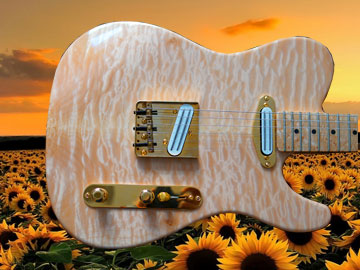 I could say that this guitar 'fixed' everything I did not like about my first Telecaster, but that would be wrong. I developed this guitar from what I learned on the first Telecaster I built above and there are many differences throughout even though they might look 'similar' to guys who don't look too close. See how I improved on my first build you might be surprised at some of the things I included. Click the image to read more.

I am (I might as well say it) making a third Telecaster! it will have some other innovations within it that will set it out far different than the regular stuff (as indeed these two shown on this page did). It will be listed as the next one down once completed and will be a 'sister' guitar to the 'Blue' Stratocaster guitar above.

There's also a Gibson Les Paul 'All Wood' coming to this page presently with special images from a manufacturer showing the lengths Gibson went to to make the Gibson 'All Wood' electric guitar. 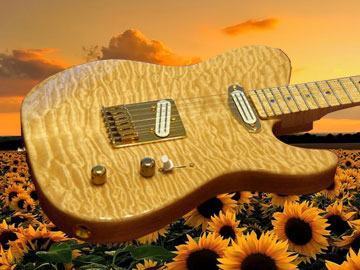 Over recent times (2015-16) there have been many people that have lavished praise on Far Eastern guitar and being great 'value' for money. From the images you see when buying them they look 'good' for sure. But really how great are these guitars and what do you really get for your money - can I sell my 'Gibson' tomorrow.

Because of their popularity I decided to take a 'regular' example of a Far East guitar (in this case the SC-450 from Harley Benton) and improve it by upgrading the components like pickups, wiring etc. It all seemed a great idea at the time and would or could help HB owners if they so wished.

Unfortunately it was not all 'plain sailing' because the supplied guitar (which I bought) was not actually playable in any meaningful way. I repaired the guitar and then did the upgrades. If you have one of these you too could improve the guitar further and make it play and sound better. Here's how to do it.

This guitar is NOT world class I'm afraid... but I wanted to show the differences between lower and higher quality. 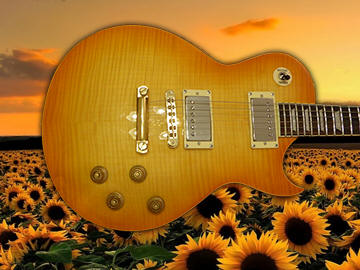 As I acquire other guitars or even make some that are worthy they will be added to this list over time so remember to bookmark this page and come back soon.