Bias and JamUp are two Apps from Positive Grid. Do these apps sound like a real guitar amplifier? what about the interface? could you use this program live? or is it all too much hassle? Find out in this review. 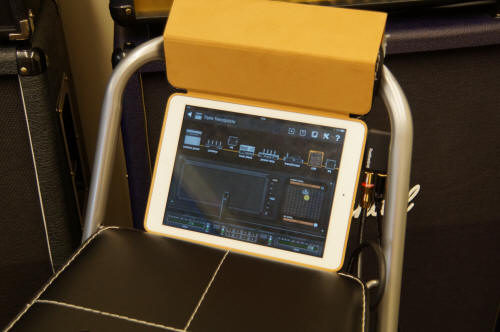 It's not often I am asked to review musical equipment and it's for good reason. If the equipment is rubbish then I'll always tell it the way it is, after all rubbish is rubbish right? Anyway, the boys who make Bias and JamUp (Positive Grid) sent me a little interface and the Bias and JamUp software to review so they must have been very confident about their products from the outset.

At first glance, I really thought they were kidding, it all looked like some 'cheap' toy simulator that would probably sound rubbish and that would never be any use in reality on a stage etc. if you were serious about tone. But the truth is far from that. When you see as much equipment as I have, and someone throws you something to check out you look (to be honest) even closer than you would than if you had bought it in the first place (which I nearly always do just like you). But it was low cost software to buy anyway and I felt they didn't have much to lose. So I decided to look at this Bias and JamUp software and interface in more depth and spend some time with it; that's the least I could do.

Surely the little interface and a couple of programs or apps as they are often called (even though they look reasonably good) would NEVER replace the amps and effects that I have in the studio (and you may have too), but I set out with an open and unbiased (is that the right word when reviewing a program called Bias?) view to try and show exactly the usefulness (or not) of these low cost solutions for replacement of your Guitar Amplifier and all the effects. I have to say I was sceptical to say the least.

But did the Bias and JamUp (with its interface) really rock the house? and just how flimsy was all this stuff when playing? What about the control of the sounds while using it all? Below you will find a quite in depth review of these apps and maybe whether they could be for you.

This review is coming presently to this site so watch for the updates soon on my news page. There's no better place on the internet to find out from this completely unbiased and independent review exactly what musical equipment is or is not or what it claims to be in those glossy ad's or manufacturers video reviews.

But in the meantime here is the video review I wrote for my YouTube channel: