Jimmy Page is associated with Les Pauls and Telecasters. This rare 1996 version is under review here.

There's a story behind this guitar so here's some in depth info that some may find hard to believe. I purchased this guitar in 1996 from Musical Exchanges in Birmingham England and from the outset the guitar sounded awesome - this guitar was used extensively on the Rainy Days Album back in 96, the Live! Album and on some tracks from the Blue Moon Album of 1999.

There was one problem, it kept breaking top E strings. The guitar was returned to the supplier and they "fixed it" but within a week the strings were breaking again ( around 10 a week! ). The supplier changed the bridge from a brand new guitar and the breakages dropped down to three or four strings a week.... not really good enough because this guitar was used as a main instrument at that time. The supplier decided to order a replacement from Gibson and in the meantime loaned me the one that the bridge had come from. This guitar did not break strings but it had been extensively misused and had multitudes of lacquer cracks - common on Gibson guitars.

The loan guitar sounded so different to the one that I had bought that it was hardly usable and I decided that this must have been due to the misuse of that instrument. After around six weeks the new guitar arrived at the suppliers and I took the old one with me to collect the replacement. The new guitar looked fine and I was about to leave but something told me to "just checkout the sound" on the guitar.

The supplier had a Boogie Mark IV in stock so I plugged in, cranked the volume and.... the sound was as crap as the one that they had loaned me. I immediately spoke with Gary the man at the top in the store and demonstrated that the sound was not acceptable. Gary still had my old guitar - the one in the picture below - to compare and sure enough this guitar blew away BOTH of the other instruments in the comparison. Remember, these were exactly the same Gibson Model's.

It was decided there and then by me that I was not going to let this guitar go back to Gibson at all, and he changed again the bridge from the new guitar to the one that he originally had. The supplier merely said that my guitar had a wiring "fault" and that his other guitars were the way the JP Les Paul should sound (!) .... but he did agree that "the others were not playable" when compared to my original guitar.

Today, the guitar will typically take out a string in around 3 hours of heavy continuous playing - not a problem if you know this but factually I don't play anything like as 'hard' as I used to so these days its of little consequence and is not a factor any longer. Maybe it was how hard I played the guitar? who knows but who cares either.

Well with a background like the one above - surely it's time to sell this pain in the neck? Well no - it's probably one of the best sounding guitars I have - with that custom Jimmy Page neck - and it really is - this guitar is a keeper. The prices on these is now rising. When Gibson bought out the new revision of this they and others slagged this one off as a 'poor copy' of Jimi Pages guitar - but that was not always the case. Originally they said this was an exact copy.

Who knows - and I don't care. All I can say, is that if you want a REAL Les Paul - then this is as good as it gets - broken strings and all. I don't really mind those they are cheap to fix. This guitar cost £2800.00 pounds in about 1995 so it was very expensive then. I have seen these fetching more than £5000 pounds in the UK in this condition if you can find one - most are tatty. Typically these currently sell for towards £6000.

I would rate this guitar at 10 out of 10 in my rating rating system - it is simply that good and I have never found one that plays and feels like this one does. That neck goes an exceedingly long way towards this guitar achieving such a score.

For heavy rock this is not the guitar - Ibanez are relegated to that task - but for Classic Rock (Like Zep) then this is the only tool you will need with a Marshall and a wah pedal. Heres a link to Gibson site: www.gibson.com

Here is a video review I carried out on this exact guitar where you can see much ore interesting thigs about it.

And here are a few pictures of the guitar under review, 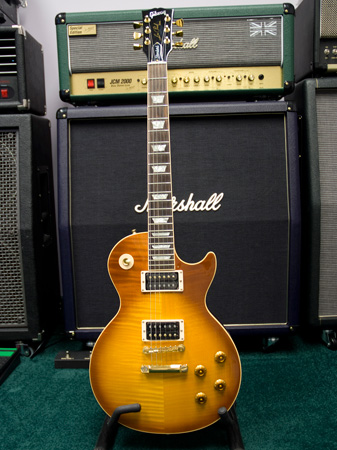 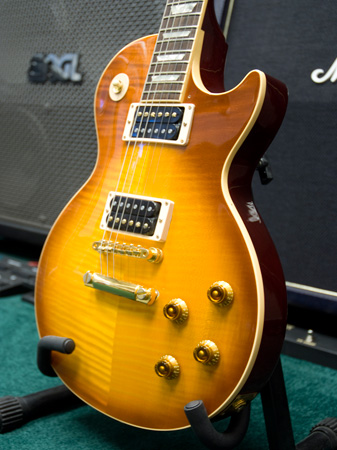 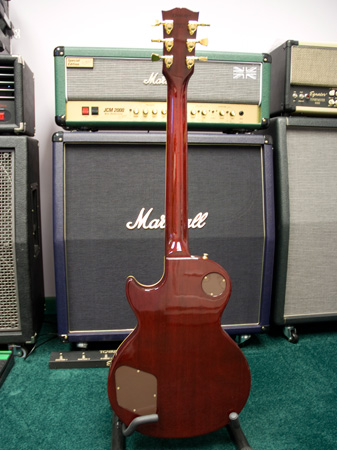 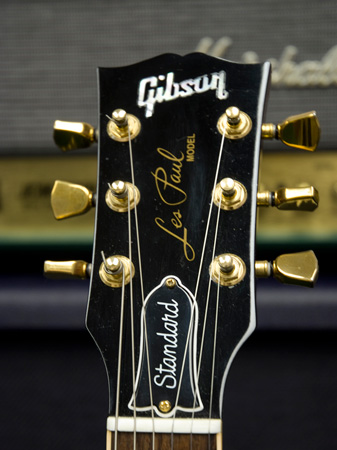 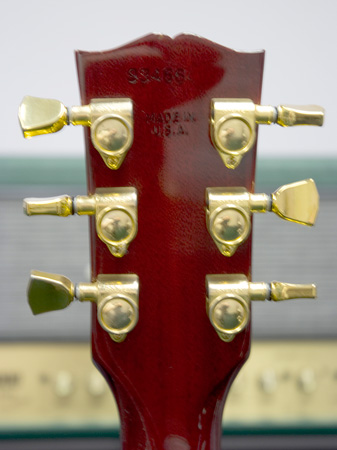 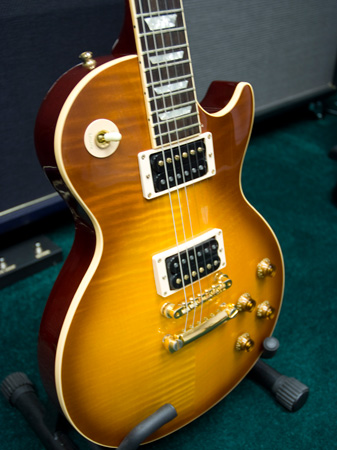 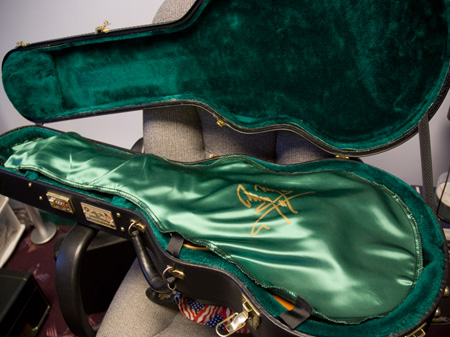