This is all about customer services and how PRS treats customers; interesting reading and shocking response.

I had the pleasure of meeting Paul Reed Smith back at the Dallas Guitar Show in April 2010. But I had met him on a number of occasions before this particular meeting and always found him reasonably friendly when I did talk to him. 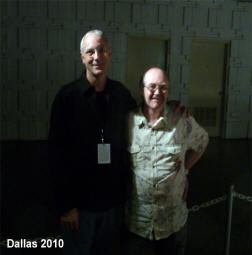 I have to admit, Paul is a big guy compared to me!

But that was then - and this is now. I needed to get a few definitive answers from the PRS company about the Dragon III which I owned, so I gave them a call on their customer telephone line. Basically, I bought the Dragon III which is on this website directly from a high up executive ex-employee of PRS, one Bruce Wismer, who later worked for other large multinational companies.

There was no paperwork with the Dragon III because back in 1994 (when it was made) the company, Bruce told me, did not issue certificates with employee bought guitars; but Bruce did say, contact Jack Higginbottom and he will solve the problem for you. Bruce continued, when I was there, they could just write another certificate out for you and I'm sure Jack or Paul will help. I called customer support - what happened next?

Basically I got blown off the phone by the customer 'support' employee, who said 'Mr. Jack Higginbottom takes no calls from customers' and basically proceeded to throw me off the phone. I had a similar email from them too! With a response as bad as this I was amazed. You mean to tell me that PRS will not help it's customers? What's more - I can't speak with any management? But I thought PRS was a caring company and was bothered about it's customers and their support? With all this hoo-hah going on I decided to write directly to Paul Reed Smith himself. Paul appeared to be friendly like I said above every time I met him, so my letter would probably not go on the deaf ears of a company that does not want to speak with it's customers; and a good one at that!

What has been the response? 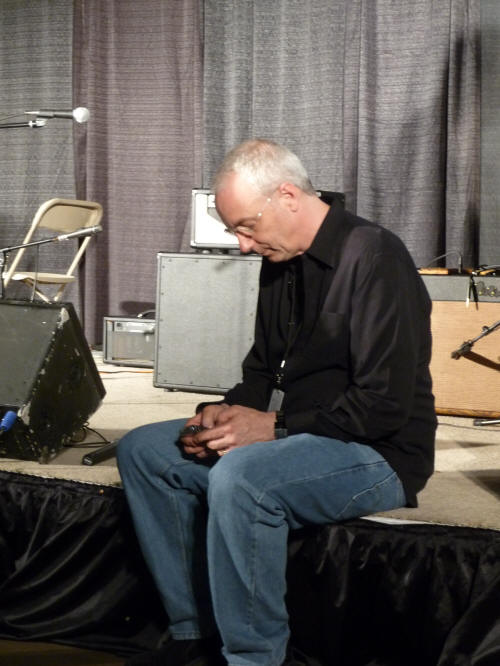 Paul Reed Smith - thinking about whether to call me? Probably not.

Well, I'll tell you all did he help? He wants to help? Right?

ABSOLUTELY WRONG... I NEVER EVEN GOT A REPLY FROM Paul Smith or anyone else; they can't be bothered.

Download the letter I sent to Paul Reed Smith personally and confidentially directly to him:  Letter-HERE - it's a PDF.

Now where I come from that is really not the way to treat a customer of over 24 years is it? So no one cannot be in any doubt about the letter I wrote you can download above an exact copy of it (less my address) right here on this page and see for yourself if Paul Smith and PRS should have ignored this letter; I think he should have at least replied; that would have only been courteous  right? but maybe with the recession and everything, neither Paul Smith or Jack Higginbottom could be bothered;  after all, I'm a customer after the sale so to speak so who cares?

And at worst it could have cost them a stamp and a compliments slip! You make up your own mind, I already have.