Here's some information about Tony Mckenzie

Big Dan (the band) was formed around 1995 originally as a recording project, I was the founder member. Shortly after I enrolled a guy called Dan to play rhythm guitar, Ian on Bass followed by Neil on vocals. The backing band experienced a number of different drummers (mainly because good ones are hard to find!) but one of the most recent (at that time) was Pete. All members of the backing band did have previous experience with other bands ranging from covers bands to bands playing their own material. This experience is evident in the music and it showed clearly in the quality of the finished product at that time; a catchy modern sound and a high standard of musicianship. It was fun!

Most songs were written and produced by me and all music was completely original. It is hard to categorize that sound because of the variance of styles produced within the individual tracks and my changes in playing technique over time changed the music quite dramatically. All work is copyrighted in 1995/2015 by McKenzie.

Today I continue to develop my own style of music which can be found on iTunes, CDbaby and thousands of other online audio sales sites. Visit Bigdan Records, my record company from the link here: www.bigdanrecords.com and of course I still review musical gear.

I have actually been playing guitar since the late 60's. When I first left school I used to think that the Beatles were god (they still are if you check out the song writing) that is until one day when I  was listening to the radio a certain drone called voodoo chile caught my attention and changed my way of thinking about music forever.

From that point on I had decided what I wanted to do - play rock guitar, so over the coming years I listened to people like Santana, Hendrix, Vai, Satriani, Malmsteen, Vinnie Moore and many other guitarists at the forefront of the art of electric guitar over those times. I have played with other musicians collectively called Big Dan (as well as many previous bands) and now I write and play my own style of rock guitar usually as a solo recording artist. Historically in the mid 80's I was the founding member of a band called Hammerhead. This band was successful for around four years but split following a motorcycle accident that left the singer in a coma for many months; when he recovered he was unfortunately without the talent that was originally there. Wear the gear when you're on a bike and always remember that concrete street lamps don't move ever.

This was a very productive time for me with music, but the work while recording utilizing the Big Dan sessions was also really cool.

My current equipment which is in day to day use includes:

In around 2007 I wrote an album called 'Eniac' that has had some success. Some of the tracks on there, notably Lightpipe AI and Metropolis are listened to, copied, ripped off etc. to this day but they also appear from time to time in the N1M charts within the top 20 rock tracks in the world so I guess they are liked tracks by many listeners. I used the TSL100 JCM2000 (an amp that some dislike) all over that album and are basically some of the best recorded sounds I have ever achieved. The amp is perfect for recording rock guitar. Alan Bruce played the bass guitar on this album and was exemplary.

The last album 'Berner Street' from me and Alan Bruce is an album where you could win $10,000 (or £7500) by solving a puzzle from listening to the music The contest is now long over and you can't win the money, but the music still rocks and still sells today. The music is also some of the best work I and Alan wrote at the time and with the help of Alan also on vocals those tracks are melodic rock based with some dark tinges of heavy modern stuff. Content included:

I have been working on other stuff, but prostate cancer and an operation, and other things have slowed it all down dramatically but I'm sure that they will come in time. In any case this website and reviews take up huge amounts of my time but I do intend to record some more music as it floats around my mind. There's always that 'one last track' that will be the best stuff I ever record right? It's probably like that for you too.

Well after the prostate incident (I'll call it that) I went on to complete the 'Gravity Waves' CD comprising of much music I composed before the prostate took hold. In early 2016 I started to complete the tracks with my Bass guy Alan Bruce who also sings and writes too. The music on Gravity Waves is very different for each track and that's one of the things I like about the album - everything is different and some of it (God Particle for example) was recorded live in one take.

We released the Album in August 2016 and have sold some of those but like most music these days even trying to recover costs is hard. Streaming audio is a complete joke unless you are the streaming company... they typically pay 0.0001 of a US cent per play and it would take a long time even to make enough for a burger! Honestly, I really don't joke. It's one reason why music will stagnate - the cost of development can be high with the outside chance of making anything back. You can hear Gravity Waves on iTunes - just search for Gravity Waves by Tony Mckenzie and Alan Bruce and there it will be along with other albums I have released.

In February 2017 my sister passed away with cancer and that slowed me down considerably at the time. It was misdiagnosed and I had many issues about all of that. The hospital is still trying to figure out how so much went wrong while she was in their care. Indeed I'm still waiting for them to go figure too. A simply bad level of healthcare that ultimately cost my sister her life. On the other hand, the healthcare for my prostate cancer was excellent - but that was not at the local hospital so that says a lot really.

I have continued to write reviews both here on my website and on YouTube and as of the end of November 2017 I have had 33 million minutes of viewing and around 6.5 million views so you could say that my reviews are often respected for their truthfulness which is why I wrote them in the first place. I got really sick of watching people basically lie about gear expecting me to then go and buy what was often not so good gear for high prices so I decided to offer an alternative to all of those so called reviews. If you have not been to my YouTube channel you should go there to check what's not on my website.

It's not that likely I will ever go back to being in bands.. (maybe the odd occasion) I'm older now and even as I write currently I have tendonitis in my left arm which is gradually fading away thankfully. The trouble is, that when I play properly I do give my body some stick! But the reviews and maybe some more music are here to stay.

Thanks for visiting my website and I look forward to bringing more reviews and music and that sort of stuff to you in due course. 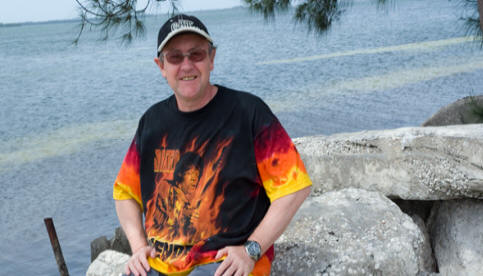 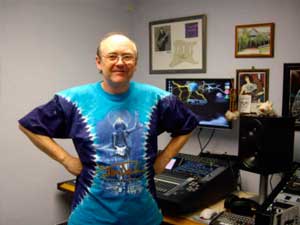