Ah yes, the Gibson Spotlight Special from the Gibson Custom Shop. These were originally made in 1983 with very limited numbers - just 211 pieces, so it's a rare occasion when you see one - even in print. I have seen a few on my travels around the world and mainly in the USA. Many of the originals are well used and I suspect there are just a small handful in original condition. The ones I saw I thought were far from collector quality.

I also noticed that there were a couple of different style tops - some with flame and some more wide quilt tops and the variation on the ones I saw was extreme. I even saw one with a great flame on one side and almost no flame on the other side - maybe confirming that the originals really were made from bits of leftover woods from the wood store - so the saying goes. But, Gibson being what they are, decided to make some more (that's good) but the price was heavy ($8000 list) (bad). What IS good is the quality of this custom shop spotlight special - people knock Gibson a lot for the build quality etc., but you know what, maybe that all comes from guys who either have a preference for Fender, or did not drop on a guitar like this one - it is as good a Les Paul in my view that has ever been made and it sounds as good as it looks.

The real problem is that it's a little scary to play especially if you don't want to damage it from its superb looks. The Les Paul Supreme also featured on this site is as awesome as this one - and that's not even a custom shop guitar. Here's some blurb on the Spotlight Special from Gibson - but don't waste your time looking on their site for the Spotlight Special - they made (some say) as few as 50 this time - but that's always open to scrutiny, others have said 100 or 200 - I guess no one is telling at Gibson but it was made in 2008.

My guess is that it is far less than you think. It's a bit like the Tie Dye Gibson's - they only ever made 103 units - and the likelihood of making more is zero. So Take a good look at this one - of the new custom shop release for 2007 when I bought it. I think this is probably one of the best out there. This IS a Les Paul Gibson so to some extent you know what you are getting if you buy one - I guess its like most Les Paul's that meet the general woods and style of the build. It does not sound like say a Supreme, or for that matter a Korina backed Les Paul (which is a sort of sweeter tone). That does not mean that this Les Paul sounds average - far from it.

This one does have that walnut stripe right where the pickups are and some say that this will affect the tone adversely but I don't think so. I can tell you it sounds pretty much like a Les Paul Standard of the last 15 to 25 years build - pretty much as it should sound in fact. So that wooden walnut bit does not appear to make much difference (if any) to the sound. To me, it's just a way of decorating this guitar and making it look just that bit more special than the plethora of the run of the mill guitars out there of the Les Paul Standard style.

I think the natural top really makes this thing look great as well as sound great. Because it is near enough built from a tried and tested design then you basically get what it says on the can. One last thing to note here - if you think PRS and their single cut is a better guitar then you are wildly mistaken. The PRS single cut is really a legalized copy in my opinion of the real deal Les Paul - there is only one real maker of these and they are called G I B S O N!

The PRS is absolutely more machine made than this guitar in my opinion and the quality of this one is second to no one. I suspect that Gibson's after sales service is better than that which I got from PRS - read my opinions on that elsewhere on this site. So Gibson 10 - PRS 5. But seriously, if you were comparing these two side by side I think you would also probably go for the Gibson. After all, if I wanted a copy Les Paul I might as well buy a Tokai and save a few thousand dollars or pounds or even euros over and above a PRS copy/style/imitator call it what you will. We all know its not quite a Les Paul.

My rating of this 2007 Spotlight Special Gibson Les Paul custom shop guitar is 10 out of 10. It is an awesome product in every way imaginable. Great to see Gibson do something right these days. This is one of the few guitars I have ever rated at 10 out of 10. The Dragon III from PRS is similar 10 out of 10 - but that was made in the days before PRS changed everything including the prices.

1983 was a year of change for Gibson, when it first began to concentrate on reissuing vintage spec instruments. While we're all vintage-crazy now, this was a fairly new idea then. They knew that to get the necessary attention, they would have to do something special. The Spotlight was the answer. Using contrasting, figured woods, Gibson's Les Paul Spotlight guitars did indeed cause a lot of players to give them a second look. Gibson now brings back the Spotlight in beautiful flame maple, with all the vintage features you love: C-shaped mahogany set neck and mahogany body, '57 Classic Hum bucker pickups, Grover tuners, gold hardware and a sweet lacquer finish.

Here's what I think are the best features:

Yes this guitar was expensive, yes it's very rare and yes I hate to play it because of the cost. But underneath all of that I bought this to invest some money and with the banks having squandered all of the publics funds I thought maybe Gibson would be glad of the chance. And they were. And so was I. It's one cool Gibson that I will not be selling soon. Get the chance - buy one.

Here's a video review I carried out a while ago:

And here are a few images. 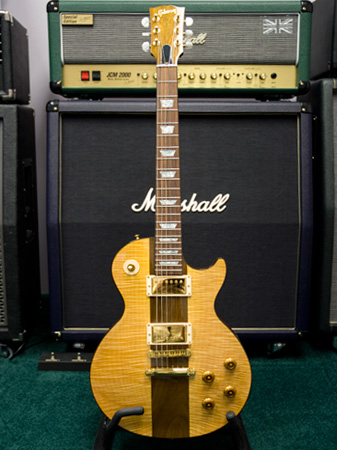 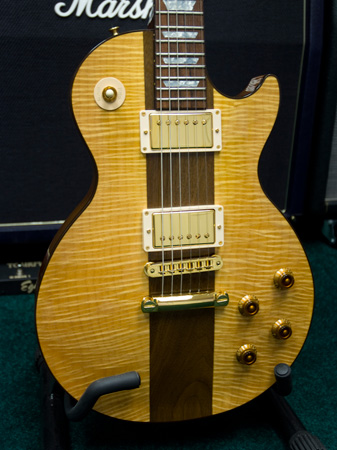 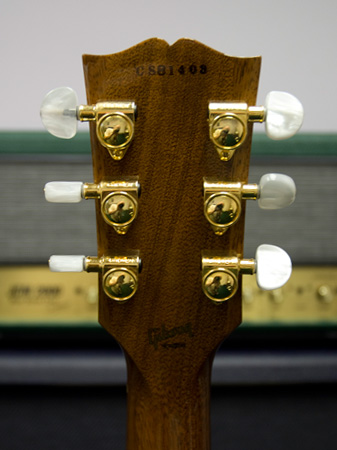 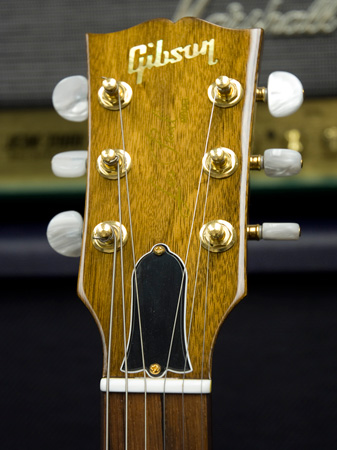 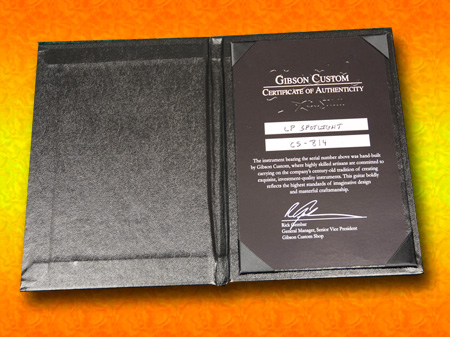 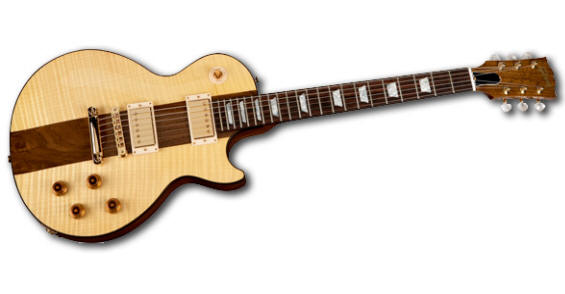