Kemper DI Box Inside and Out Review

Kemper DI Box they say can capture just the amplifier to the Kemper amp. But is it really any better than any other DI box?

Kemper DI Box Inside and Out  Review 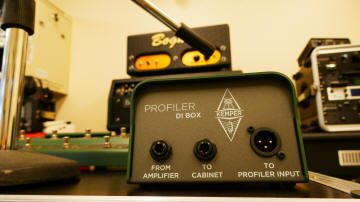 The Kemper amp is truly an 'anomaly' on the face of the earth! Why do I say that? Simply because it's a unique piece of equipment that no other gear has yet managed to surpass in the respect of it being able to 'copy' other amplifiers as well as it does. It's a truly great product of that there is no doubt. Hence it has been a major success in the guitar amplifier simulation market.

The Kemper amp, once set up with a microphone on to an amplifier can 'capture' a unique 'profile' of the amplifier it is listening to and you can save that 'profile' on the Kemper amp for later playback. And it sounds pretty good. Now I have owned a couple of Kemper amps since they were launched a number of years ago. Firstly the 'geeks handbag' which is a carry around preamplifier (later with added flat response amp integrated), and a rack version preamp that I added a flat response amplifier to later. The mod for the Kemper is on this website for your viewing.

OK, now we understand the basics of making a 'profile' (in a simple way) but wait a minute... surely when you are capturing that profile the Kemper is using a microphone on a speaker cab? it is! But that speaker cab is then 'added' to the sound of the amplifier being profiled right? yes it sure is! So the sound we capture is massively influenced by the speaker cab we use? Correct!

Until more recent times, that was the way that Kemper 'listened' to the amp you wanted to profile. So you achieved a 'coloured' profile that might not (read would not) reflect the same amplifier if you used a different speaker cab. And speaker cabs have a massive effect on the overall tone of any amplifier no matter what brand you might think of. 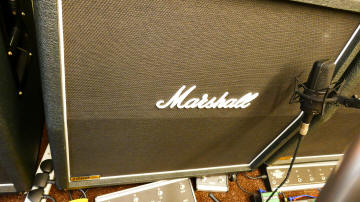 Above is the Marshall 1960a speaker cab I used for this review... I made a 'profile' with this cab and AKG microphone and another one by using just the Kemper DI Box for comparison.

So how can we make a profile of the amp?

Once we have a profile of a guitar amplifier without a speaker cab influence we are of course free to use speaker simulations (which are also in the Kemper amp) of different speaker cabs. In the earlier days of the Kemper amp a 'profile' was exactly that, but these days in newer releases of the firmware from Kemper (free upgrades) the Kemper can actually (they say) separate the amp from the speaker cab being profiled! While that's a great theory (who knows it might be correct) the only REAL way to get a profile of the amplifier alone is to use a DI box. And that is where the Kemper DI comes in... or does it? 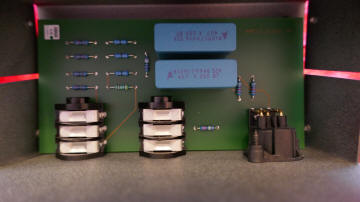 Hmmm... it seems to me that apart from a couple of coils and a few resistors that the Kemper DI box is not really much else. Take a look yourself. I have seen other DI boxes that offer far more than this one for substantially less price than the Kemper DI box - which as I write is currently priced at 90 Euros (that funny money) or $120 whichever sounds worse! For me around £80 is simply too high for a DI box with this number of features. However, let's be clear that it does work fine and I have no problems with that aspect of the unit. But for what you get it IS expensive.

It seems to me that Kemper have spend a sizeable amount of that cost on ensuring that their 'brand' is kept in the forefront of users minds... by shaping the Kemper DI like a Kemper amp! Honestly, it was totally unnecessary and one of the major 'flaws' or shortcomings of the Kemper DI box. I don't care what it looks like (lets face it... the Kemper amp won't win any contests for beauty will it?) but I do care whether it delivers what they say it should. Honestly...

The Amp in Profile 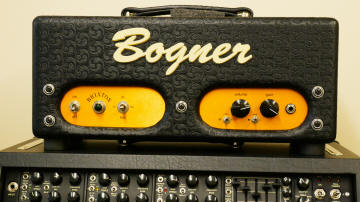 Now then, I did not choose this amp 'just for the sake of it'. The Bogner Brixton is not particularly a powerful amp, but you will see that there are just about three settings for tone on the front of the amp... and it's been made to an exacting standard. It can sound really good for certain styles of music so this is the amp that I profiled with and without the DI box. In the final video at the end of this review you get to hear exactly what the amp sounded like with and without the DI box for the profiles that were captured. 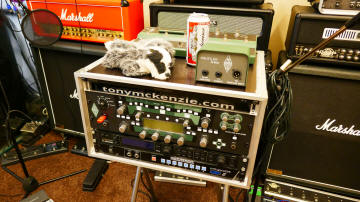 So above is the Kemper rack unit with Version 4.* on there, the DI box in situ, and the amplifier is actually sitting on top of the Mesa Royal Atlantic. As you can see the microphone for the profile was actually disconnected and I profiled with the DI box right in to the Kemper. 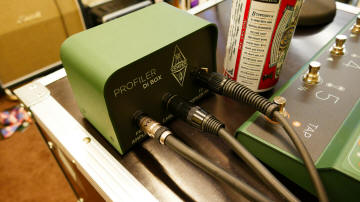 Far left is the cable direct from the amplifier,  output to the cab is center and the feed to the Kemper is far right. Notice that I used the correct speaker cables from the amp to the DI and from the DI to the speaker cab.

Note that without the Budweiser you don't get the right sounds...

Easy and Great? or Not?

The fact is, that this profiling is pretty easy when you are using the DI box, but a little harder when a microphone and speaker cab is involved in the process. Check the video as I show the procedures in there and also the results of both methods.

Personally the advantage of the DI really is that you only get the amp profile and nothing else which I found to be easier overall to arrive at a viable profile than when using the speaker method... but that's a personal view and others might find it different. Of course, once you have the profile without speaker and captured through the Kemper DI then you are (or might be) dependent on a speaker emulation that might or might not be exactly how a real speaker cab might sound. Is that confusing? Well it could be.

I did take that final profile of the Bogner Brixton obtained with the DI box and play it back through the Marshall 1960a cab... (which is how I normally hear the Brixton) and in that situation it sounded.. well, the same! But choosing a cab in the Kemper (that Kemper seemed to say was the same) I did hear a difference. But of course I would. Overall though this DI method of profiling does indeed open up other tones that you might not have gotten sounding quite the same way, and of course as I said I found it easier to profile with less variables that might influence the sound of the amp such as the microphone placement or indeed the speaker.

The finished profile with a speaker cab (Marshall 1960) sounded very good, but the amp direct to a speaker cab also sounded good. So I guess for this review I could say that the DI profile was a success. I still have it within my Kemper amp and will use it occasionally. I might even put it on the Kemper site for others to use who knows.

This DI unit worked flawlessly (as indeed it should) and it produced easy to make high quality profiles without a speaker to influence the tone. So it did it's job amicably.

Here's what I liked:

And what I liked less:

So overall, and although it does work well enough I'm going to down rate the Kemper DI mainly because of the silly cost for what is basically a run of the mill DI box with very few components... I did say in the review a 5 out of 10 but to be fair its probably a 6 out of 10 really. The reason being because I could likely buy a Behringer (or other brand) DI box that does substantially more for substantially less cost equally as well. I think that Kemper's own fixation on its own brand to the extent of carrying that forward at the expense of the user is at best rather silly and it will undoubtedly affect sales.

It's almost a case of (literally) over engineering the case at the expense of everything else and let's face it there is not much inside that unit. There is little doubt in my mind that the only R&D on this unit was spent on the case.

For such a small unit this is a reasonably long review. But I have tried hard to be very objective about the Kemper DI box and I do think that a DI box really is an attribute that if you own a Kemper amp that you should really be trying out... but not with this Kemper DI as that price for what it is, is typically at least twice the cost of other just as useable DI boxes on the market these days. The Kemper DI is simply a passive DI box dressed up to look more cooler but as I said, the design is not really a 'must have' but a DI box might well be.

Thanks for visiting this website and here is the original video review I completed from my YouTube channel.