What can you say about this thing, its rare, unique in the guitar world, awesomely made, expensive, looks great and everyone talks about the Paul Reed Smith Dragon Three

PRS Dragon III made in 1994 - never been played! Unplayed!

This guitar was bought in Dallas some years ago. I was looking for something to invest money in and went along to the show in the frame of mind that if I could not get something there then it would be unlikely that i could get a guitar from anywhere on the planet. Anyway, this one jumped out at me because its very limited, was owned by an ex employee and has never been played, literally. For an investment guitar that's a good thing. Yes you can see me holding it on these very pages, but that's what I was doing, holding it for a photo shoot.

The Dragon III in Tonys view is one of the best Dragons PRS made and this one has the option of a very nice quilted/flamed top which makes it even rarer.

This guitar is reviewed on this website so check out the guitar there for more info. 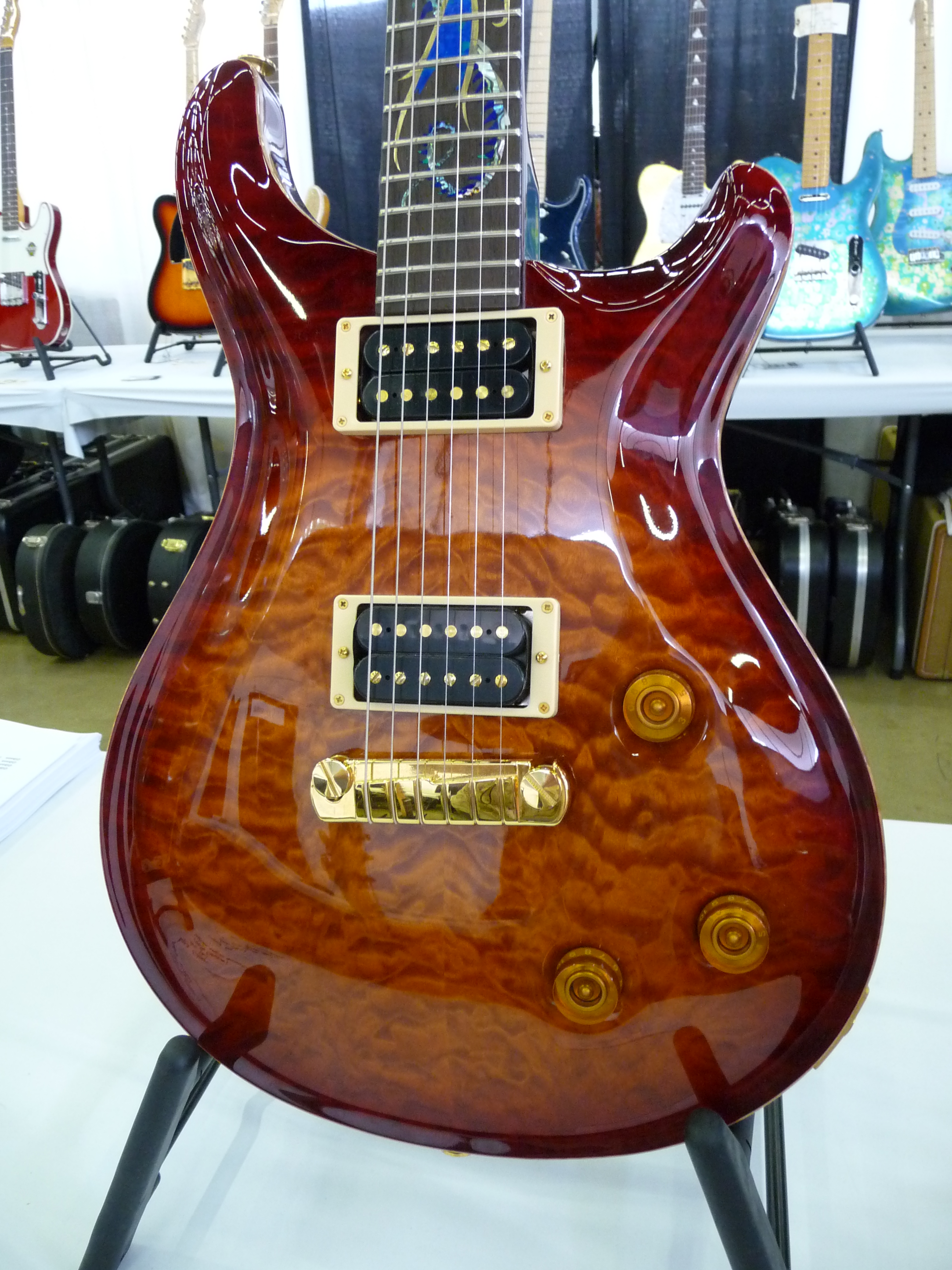