Review of the Ibanez JEM 7VWH Japanese version of the Steve Vai Classic made in 2002.

I've had this guitar probably since 2002 if my memory serves me correctly. It's very much like a Steve Vai guitar (modeled after his design closely so it is said) but after looking at the Vai guitar actually in my hands there is in fact not much of a resemblance at all - yes it's white, yes it has the same tremolo and locking system and MAYBE it has the same Dimarzio pickups as Steve's (but his may well be different than the stock ones on this guitar under review). I know for a fact that Steve's has a sustainiac fitted - and not the one you and I can buy so don't waste your time - that's out of the window - but there is much to be enthusiastic about with this Japanese 7VWH from Ibanez. I emphasise Japanese because they also make one that does not originate from Japan and in my view, while that is a good guitar (let's say reasonable), there are some differences and the pickups are one of those differences. And that's your sound!. But let's not get too picky on the non Japanese one - it's less than HALF the price of this one so I guess for a lot less than the difference you could fit the same pickups as fitted on this one and have a cool guitar. Anyway back to this version - the original.

As I said this is the Japanese production version and the back of the peg head confirms this gloriously printed so you can confirm that the one you want or have is Japanese. If you play rock and instrumental rock then one of these guitars you will undoubtedly like - trust me on this. The 7VWH has one of the best necks for playing fast I have ever used - and that includes all the other Ibanez guitars I've played over the years and of those there are many. I would describe the neck as wide and VERY thin so it actually (at least for me with small hands) fits like a glove but to be fair is slightly wider than I would really like. Other attributes of the neck include the top few frets scalloped out similar to a Malmsteen stratocaster. Some claim this makes for faster playing and a better feel at the top of the neck, but personally I think that's a fantastic marketing point of which is little use and effect on the playing; maybe if I was Steve - hi Steve how's it going - ok back to the review. The Guitar jack is carved in to the end of the 7VWH and that's a really great feature which I have not seen on anything except the JEM series and the non Jap model has it too.

I also like the locking tremolo system - it's the same as many these days but far more robust than the cheaper ones on many Ibanez guitars these days, but I can tell you, that this never goes out of tune unless that is, you break a string and then, well lets just say get out the backup guitar. I did a gig once with this one and you guessed it - I broke a string (mainly because I had not changed them for some time) and ping - off went the string and out of tune I went. That is THE biggest problem of all these type of whammy bar's - broken string... stop playing unless you are superman. I changed guitars halfway through the track and continued on my merry way because my kryptonite had gone weak about 50 thousand hours earlier!

All of the metal (we'll call it that) on this model is gold plated, and I can tell you that in all those years the gold on mine remains very largely intact, unlike some guitar manufacturers that I could name and shame (you will have to read some of the other reviews). The machine heads are gold plated too and they don't wear off either or at least mine have not; and remember I have had this thing for about 13 or 14 years. Actually while I think about it - in those years I have not had a single fault with this guitar and it has been used in anger many times; it is one of my favorite guitars always ready to rock. The weight is light; I have not bothered to weigh it, but compared to a Gibson Les Paul (many of them but there are exceptions now) this guitar has been made to not give you a bad back; it's light and as solid as a rock; checkout Steve as he throws his around on stage with all of his acrobatics. You can see how that is easy to do with such a lightweight guitar; the monkey handle of course contributes to less weight as does the 'basswood' body which is also a light tone wood. Great if you are as old as I am now and great if you're not!

The sound on this one is exactly as you can imagine it - in my view it captures that Steve Vai sound (you know the one) exactly albeit without the never ending sustain of Steve's sustainiac which he had fitted at the factory. If you wanted to fit one of those things, like I said you can't get one of his, but they are around that is the good news; the bad news is that you have to extensively modify the guitar to fit it all in - and I mean very extensive routing; I examined the Steve Vai number one guitar and it had been also extensively carved round the back to fit all of the sustainiac parts in there so I just did not bother after all it is another thing to go wrong. The 7VWH is known by Ibanez as a Signature guitar and the plastic case this guitar comes with has a plate on there saying so; nice case but it should be for the money.

Would I buy another? yes I would if I needed one or this one was irrepairable or stolen - it really is a great guitar with an awesome rock sound so I would not hesitate to buy another. Personally I would not buy a non Japanese model; I would just feel left thinking I did not have the best they make; and that's the Japanese one without question. I have seen problems on the non Japanese guitar in real life and it can be ugly! A friend of mine had one which cracked right where the tremolo fitted to the body; basically it was written off under warranty but if you buy one and it gets beyond the tiny one year warranty be warned they do not extend warranties because they like you. Bin it, there will be no going back later.

Here's the things summing up of what I like about this guitar; if you play rock you will like it too but if you don't well then don't buy it!

As a score out of ten? This guitar makes a healthy 9 but that highly zealous price stops it making 10.

Here is a video review I carried out on this exact guitar:

And a few images of this particular 7VWH: 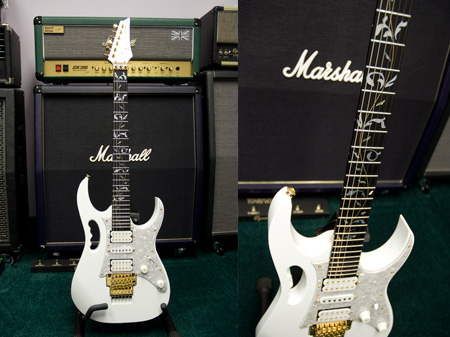 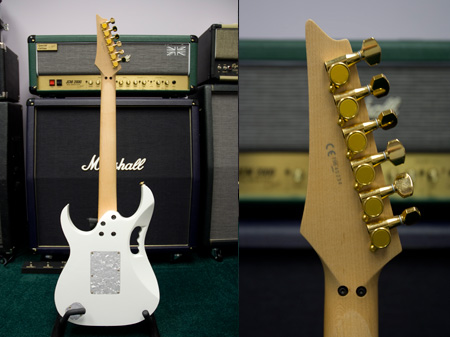 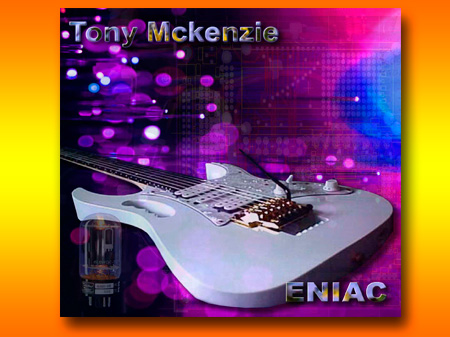 Image used on my 'Eniac' album and played throughout the making of it too. 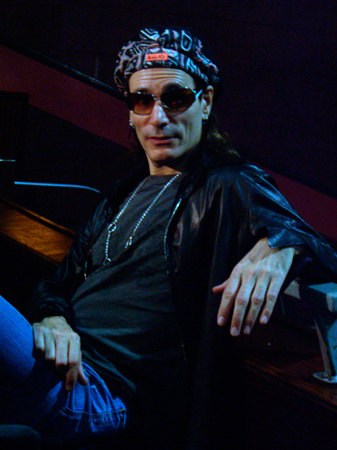 Steve Vai the man responsible for the guitar

Steve's guitar close up Just so you know I did have the real guitar for a while in my sticky little fingers.