Review of the Gibson Les Paul Supreme. But is this guitar all its cut out to be?

I bought this in 2008 and its a superb guitar; it is not even a custom shop model! Admittedly this is a limited edition and one of probably the last being made (2008) but it is easy to see that this guitar has cost big money and time to make. The Supreme is a hollowed out Les Paul, with no holes on the back for fitting the pots etc., and the back is finished as awesomely as the front is.

Everything about this guitar speaks quality (like the Spotlight Les Paul also featured on this site) and how I bought this for the price I paid I cannot figure out (cost was $3200 new at the time) so if you can get your hands on one I recommend it wholeheartedly. The sounds are also as you would expect with a better tendency to hang on to the note than even a regular Les Paul has, probably due to the hollowing inside the body.

It's also interesting to note that the Supreme has gold colored frets! It is just one of those models that has been made irrespective of the cost of the thing. These are all hollowed out at the factory and then the two halves are stuck together. The wiring is fed in through the jack hole so there is no back plates on a supreme, just a fully figured back as the front is and this one is awesome as you can see. They stopped making them with this colouring so you can only get the regular stuff now and I don't think that looks the part. In fact in 2015 there is a newer model, it will basically be more of the same but newer and might cost even more.

It's a great guitar to play; the notes will hang in there all day. Neck profile is a rounded D shape; not really metal, but you can do that too if you want. I would describe this guitar as suitable for blues and classic rock.

One thing that I can criticise is the neck rake; The neck is angled back from the body at a larger angle than a regular Les Paul guitar; this has an effect of Gibson setting up the string anchor higher off the body than seems correct; they do this because if they did not then the strings actually hit the body of the bridge! This is not a good idea as the strigs would rub and break hence the Gibson fix for that neck rake. The rake itself is there I am sure because the body although lighter than a regular Les Paul, is thicker approaching two inches (thats over 50mm) which was because of the overall design of this guitar. It's something to bear in mind if you ar egoing to buy one.

Here is the Gibson speak and the specs: The new limited edition Les Paul Supreme features highly figured maple - the Les Paul's trademark - on the back as well as the top. The Supreme has a chambered mahogany body for a lighter feel. It features custom binding on top, back, fingerboard and headstock and split-block inlays on an ebony fingerboard.

I would rate this at 9 out of 10 - it borders on perfection with what is actually a unique design and not run of the mill Les Paul - lighter too!

Here's what I think are the best bits:

As long as Gibson continue to make Les Pauls like this for this price those boys are here to stay. Some criticise Gibson, but I think that this quality is as good as anything you can buy - not least as good if not better than most PRS. While it is true that PRS do make some of the best guitars in the world the price is also the best which makes PRS often a not so great brand especially when compared to the quality, price, overall vibe etc. that this guitar exudes in buckets. In my experience PRS CAN do it but these days they are a little arrogant, self centred and they ripped off the Les Paul basic design no matter what anyone says and that's a fact.

So come on Gibson, keep making them as good as this one (get that design right though) and there's no threat except in your own minds. 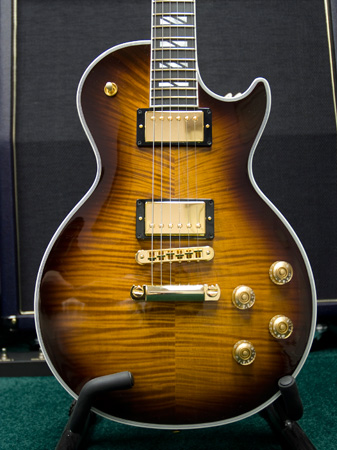 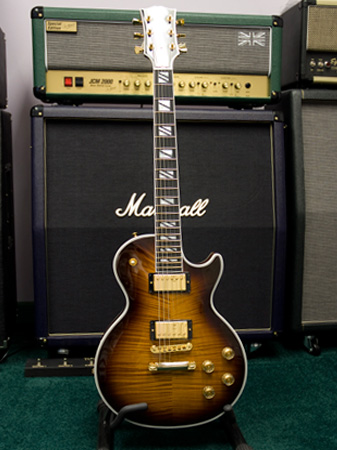 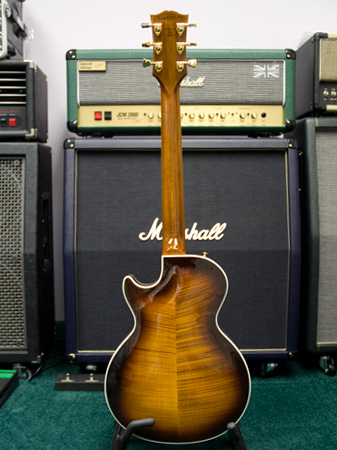 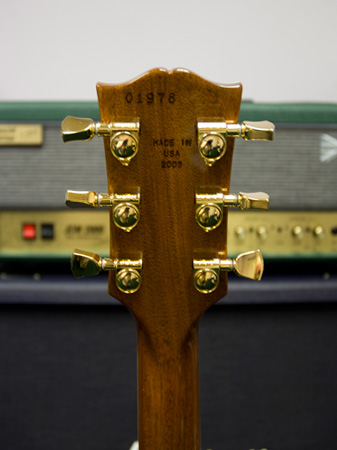